Inspired by my surprise at liking the fennel flavour of last week’s tea, I thought I’d go one step further this week and try a tea that contains one of my most disliked flavours – liquorice.  I have never been able to understand the appeal of sticks of liquorice with their overpowering slightly tangy flavour. 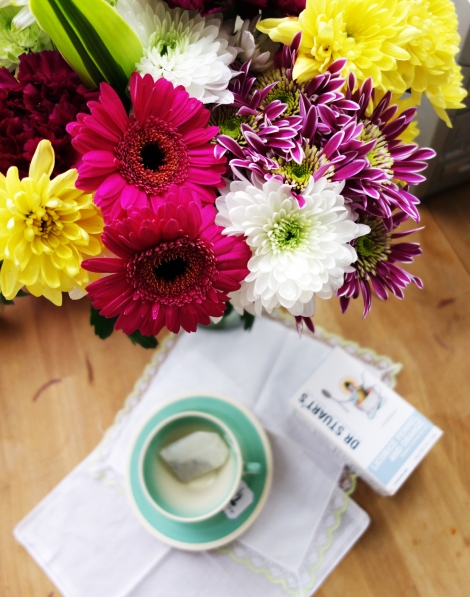 So against my better judgement, last week I picked a box of Dr Stuart’s Licorice, Fennel and Orange tea off the shelf.  I was looking for the mint blend that I mentioned in my last post.  After realising that this wasn’t available, I thought I’d try a new flavour and this one caught my eye. 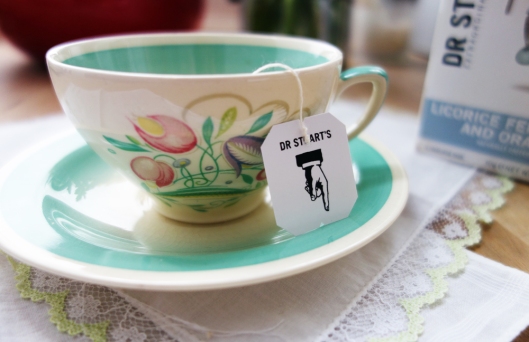 After initially recoiling from seeing liquorice in the title, I became intrigued as I love orange flavours. I wondered if the strong liquorice flavour would be balanced by the sweet and spicy orange.  Plus it’s pretty much winter now and I’ve been looking for a wintery tea to comfort me on cold mornings at my desk. 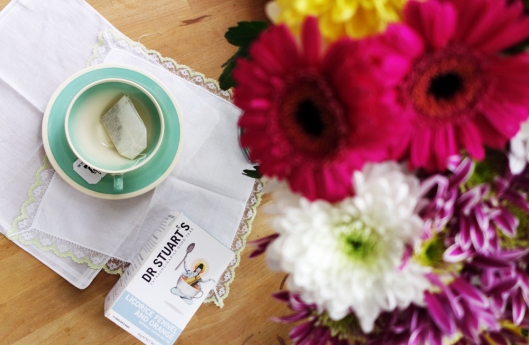 I was pleased to see that Dr Stuart haven’t changed their boxes, they’re slightly more cube-shaped than other tea boxes and they’ve still got the pointing hand on the teabag tags, which was reassuring!

My first cup of the tea was a warm orange colour and predominantly smelled of orange spice with a bit of fennel.  I liked the contrast of the orange colour with the green rim of my first ever Susie Cooper tea cup (I think it’s from the Dresden Spray range).

And guess what, I really like the tea.  The orange and fennel flavours provide sweetness which is balanced by the sharpness of the liquorice.  I think that this makes the tea very drinkable if you don’t like your drinks too sweet like me. Two cups of this while working at home this morning kept me warm and toasty.  What’s more, the wintery spice made me realise that I can’t wait until my first glass of mulled wine this season!