I love reading about family histories so I was intrigued to find an account of the story behind Hudson & Middleton, the company that made Delphine and Sutherland china.  The story, told by Helen Gregory, a descendant of one of the original china makers, is an interesting read, albeit a little confusing due to the complexity of the connections between different people! 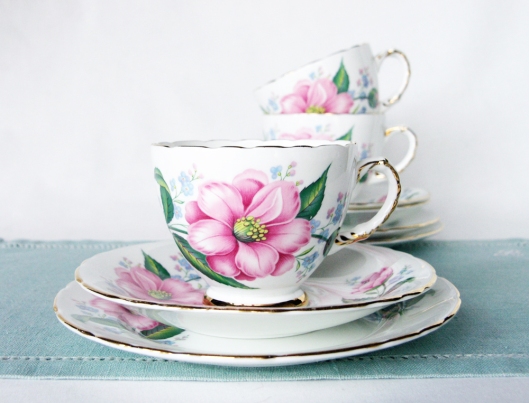 For 19 years from 1870 William Hudson and John H Middleton worked together as Middleton & Hudson making fine china at the Alma Works in Longton, Staffordshire.  In 1889, the partners decided to go their separate ways and start their own companies.  Both men remained in Longton where Middleton opened Delphine Pottery and Hudson opened Sutherland Pottery.

Although John and William had established separate businesses, it seems that they parted on amicable terms because in 1916 the two companies were collaborating on an ‘Improved Teapot and Infuser’. By this time John Middleton had died and the business was being run by his descendants, one of whom was the great great grandfather of Helen Gregory.

In 1941, the two businesses were reunited formally once more when the Delphine Pottery works were taken over by the government as storage for WWII munitions.  The business moved into Sutherland works where the two companies joined forces once again but this time as Hudson & Middleton!  Even after the war ended they decided to continue their partnership, producing both Delphine and Sutherland brands as part of the same company.  They also made china with a Hudson & Middleton (H&D) backstamp. 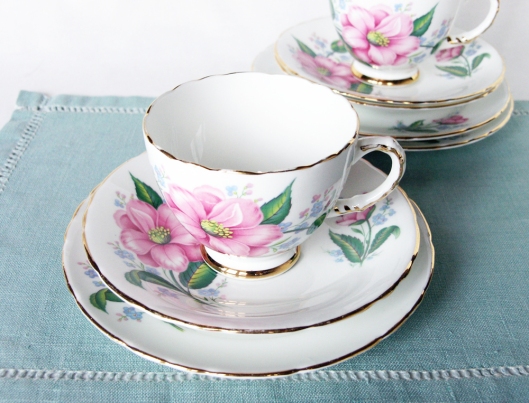 The company was sold by the original families in the mid-1970s and after that changed owners a number of times.  The company that finally took over Hudson & Middleton renamed it Hudsons of England Limited but they still makes fine bone china mugs under the brand ‘Hudson & Middleton.  What’s more, the china is made in the original factory, which is now Grade II listed and is one of the only remaining potteries making fine bone china in Staffordshire. 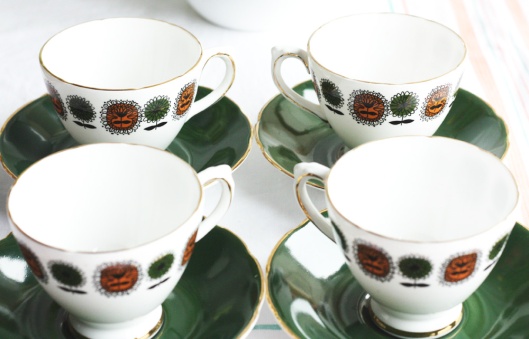 The pictures here are a selection of Delphine china.  Next time I’ll share some Sutherland pieces.

For more pictures of the retro set, take a look at my Tumblr page

2 responses to “Family connections: the Hudson and Middleton pottery story”